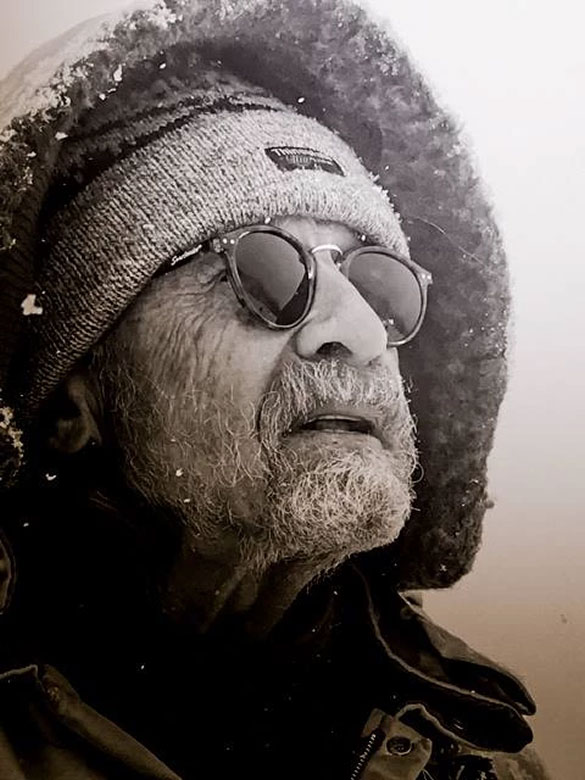 There is hardly anyone who can tell a story as well as Charlie Gould. He is the owner and operator of Kiwatchi Adventures and Kennels. Not only has he had a very wide variety of harrowing and interesting – to say the least – mushing experiences, but he has lived to tell about them and to put his special touch on the tale as well.

Gould was raised in the Brainerd, Minnesota, area and received a BA degree in art and business advertising from St. Cloud State University and an advanced degree in art design from the Art Center College of Design in Los Angeles. For a number of years he worked as an advertising artist and art director with Josten’s Co. in the Minneapolis area and free-lanced as an artist for seventeen years after leaving Josten’s.

Gould became active in sled dog sports in the early 1970s when sprint racing was the only form of competition in the Lower 48. He started out in the limited classes (8 or fewer dogs on the team) but quickly graduated to the Unlimited (unlimited number of dogs on the team) class and competed against the best. Gould was an active member of Minnesota’s North Star Sled Dog Club (NSSDC) and served as its president from 1975-1976. In 2004 he was voted an honorary member of NSSDC.

During his racing career, Gould was always around to put on races and helped get the St. Paul Winter Carnival Race moved from its old location, where it was staged as “East Meets West,” to White Bear Lake in the Minneapolis/St. Paul northern suburbs in the 1980s. He also put on two races on Lake Minnetonka in the early 1980s out of Excelsior, and two races near Jonathan, Minnesota, south of the Twin Cities.

One of Charlie’s many attributes was his enjoyment in taking young mushers under his wing and “raising” them. To almost every race Charlie went, he had his entourage of kids and handlers. Basically all he was doing was “passing on to newcomers what I learned from others,” he commented. One of his proudest accomplishments in this regard was an reenactment of the famous 1917 race from Winnipeg to St. Paul. For this venture he acted as coach in 1977 to two young lads who ran the old trail from St. Paul to Winnipeg.

Not only was Charlie a teacher, but he also was a very reputable musher with many medals and trophies to his name. Several times he was winner of the NSSDC Unlimited Class Championship. He won an international bronze medal in the 7-dog class in 1982. His main dog, Archie, was from Alaskan lines and won Charlie many titles. But prior to Archie, Charlie was graced with a beautiful Siberian named Koji, who provided him with a lure in trying to attract the females (the human variety) along the beaches of California. She also proved to be a good hunting dog. Obviously she was a canine of many talents.

Gould also handled for distance mushers, especially working closely with Minnesota musher Jamie Nelson as part of her pit crew for Duluth’s John Beargrease Sled Dog Marathon. At sprint races when he wasn’t competing, one could find him in the chutes acting as a judge or starter or doing a variety of chores that need attention during a race.

Charlie now lives with his kennel of many dogs in Isabella, Minnesota, occasionally making it to a race when he can steal himself away from home and business chores. It is here, on his many acres of prime boreal forest land, that Gould engages in giving sleddog tours.

A landscaper when he isn’t tending to his dogs, Charlie’s pride and joy is his daughter, who works in the engineering fields, having received her degree in engineering from the University of Minnesota.

Come join us this winter and go for a dog-sled-ride! Call us at 218-206-6506 for a reservation or you can book online using the booking options below. 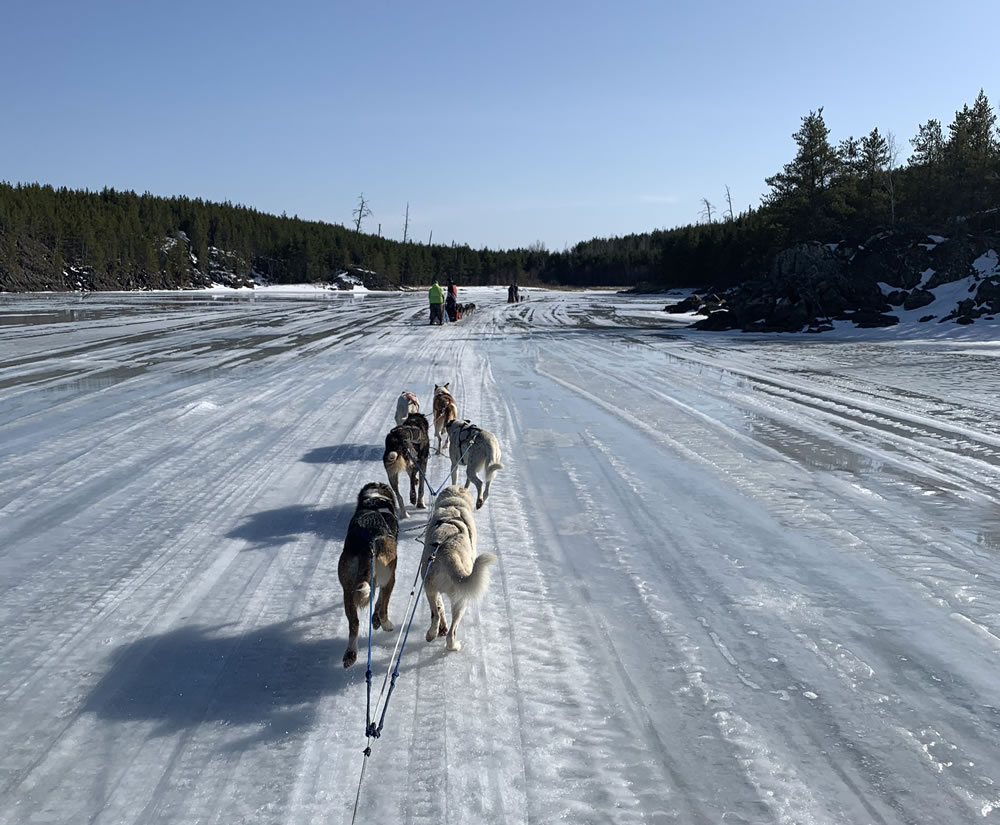 MUSH YOUR OWN DOG SLED

DEPOSIT FOR EACH PERSON: $150 NON-REFUNDABLE 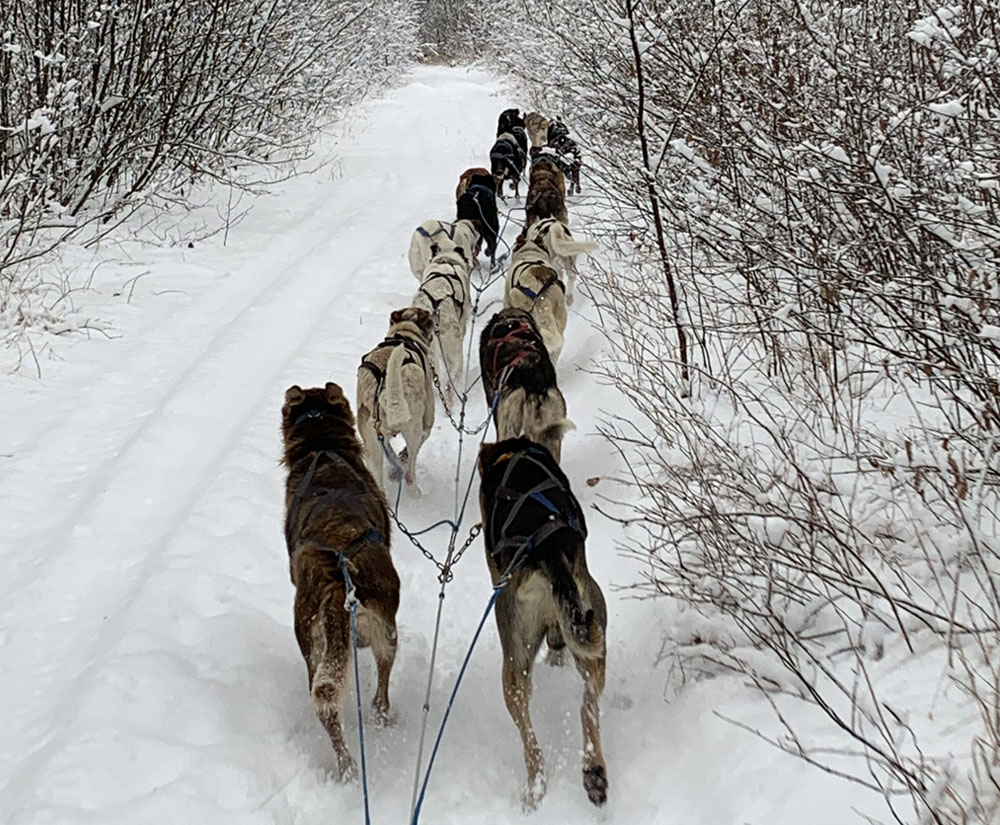 DEPOSIT FOR EACH PERSON: $150 NON-REFUNDABLE